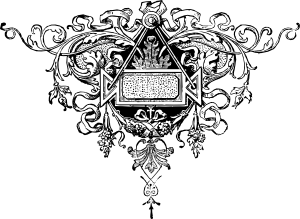 Sometimes, when I read the chapter titles in texts of the Gothic Fiction type, I feel as if the whole story is almost- but not quite- told right there; the chapter titles are so evocative, so detailed, and so mystery-making that I am sometimes disappointed by the actual texts, because they don’t live up to the promise- the endless promise- of the story told in the chapter titles.  And sometimes, while TOC and text are both excellent, they seem to tell completely different stories.  That is, the story that the TOC evokes in the mind of the reader is frequently not at all the story contained within the text.

I think this is really neat.

That is my thesis at the moment: this stuff is neat.

In the hope that you will share in my enthusiasm for the stories half-told in TOCs, especially TOCs associated with novels that can loosely be described as “Gothic,” here is a small batch of evocative, provocative, intriguing, baffling TOCs.

For example: The Beetle (1897), by Richard Marsh.  Here is the table of contents; click on the arrow or the title to see it.  No, really.  It is worthwhile.

The House with the Open Window

CHAPTER III, THE MAN IN THE BED

CHAPTER VIII, THE MAN IN THE STREET

CHAPTER IX, THE CONTENTS OF THE PACKET

CHAPTER XVIII, THE APOTHEOSIS OF THE BEETLE

CHAPTER XXI, THE TERROR IN THE NIGHT

The Terror By Night and the Terror by Day

CHAPTER XXIII, THE WAY HE TOLD HER

CHAPTER XXV, THE MAN IN THE STREET

CHAPTER XXVI, A FATHER’S NO

CHAPTER XXVII, THE TERROR BY NIGHT

CHAPTER XXVIII, THE STRANGE STORY OF THE MAN IN THE STREET

CHAPTER XXIX, THE HOUSE ON THE ROAD FROM THE WORKHOUSE

CHAPTER XXXI, THE TERROR BY DAY

CHAPTER XXXIII, WHAT CAME OF LOOKING THROUGH A LATTICE

CHAPTER XXXV, A BRINGER OF TIDINGS

CHAPTER XXXVI, WHAT THE TIDINGS WERE

CHAPTER XXXVII, WHAT WAS HIDDEN UNDER THE FLOOR

CHAPTER XXXVIII, THE REST OF THE FIND

CHAPTER XL, WHAT MISS COLEMAN SAW THROUGH THE WINDOW

CHAPTER XLIV, THE MAN WHO WAS MURDERED

CHAPTER XLVII, THE CONTENTS OF THE THIRD-CLASS CARRIAGE

CHAPTER XLVIII, THE CONCLUSION OF THE MATTER

If I remember correctly, I heartily enjoyed The Beetle, but I have a taste for extravagance and I would not, I think, be wise in actually recommending the book to the unwary.  I mean, I had a blast, but there are ways in which The Beetle is like the worst book ever.

Here is a review which tells you why the book is awful and yet, to a certain type of reader (me, for example), oddly, hypnotically compelling:

“A Creature Born Neither of God nor Man”: Richard Marsh, The Beetle: A Mystery

…Right.  So there’s that.  Anyway, DID YOU READ THOSE CHAPTER HEADINGS?  They are so very mysterious, exciting, etc.  In fact, they are the best marketing tool I’ve ever seen.  If I were trying to decide whether or not to purchase a book, and if I then flipped the book open and cast my eye upon that table of contents, I’d probably decide to buy it, if only because it would aggravate me not to know what actually happens in the damn thing.

I couldn’t quite make it through this text to the end, so I’ve never found out about the Catastrophe that the last chapter promises.

The Room in the Dragon Volant

Chapter I. ON THE ROAD

Chapter II. THE INN-YARD OF THE BELLE ÉTOILE

Chapter XVI. THE PARC OF THE CHÂTEAU DE LA CARQUE

Chapter XVII. THE TENANT OF THE PALANQUIN

Chapter XXI. I SEE THREE MEN IN A MIRROR

Chapter XXIII. A CUP OF COFFEE

I like the last five chapter titles best here.  I like the way it progresses from Rapture to Catastrophe and stops for coffee on the way.

Anna Katharine Green, The House of the Whispering Pines (1910)

Green’s writing may or may not be, strictly speaking, Gothic.  I would say that much of her writing is in the Gothic tradition, but she tends to be classified as a mystery writer in the Courtroom Drama sub-genre, which is certainly correct.  I mean, she writes mysteries, and she frequently includes an Inquest and/or a Trial.  These can extend over multiple chapters and are very tiresome indeed.  Having said that, I should also say, perhaps, that Anna Katharine Green’s novels are always worth a try; some of them are great.  Like this one.

Here is the TOC: